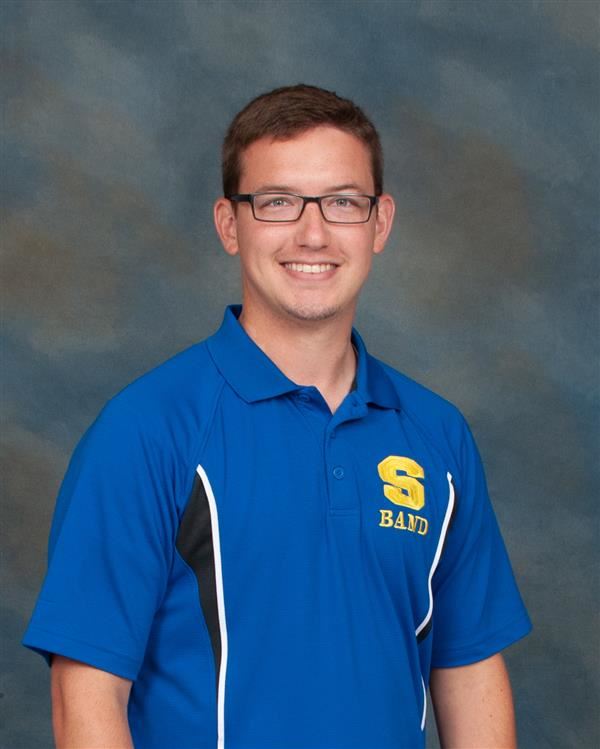 Mr. Ellis is originally from Enterprise, AL and graduated from Enterprise High School in 2009. Upon graduation, he began study at Auburn University. In 2014, he received his Bachelor of Arts degree with a minor in Military Science. Shortly thereafter, he was commissioned as a Second Lieutenant in the Alabama National Guard. In 2015, he graduated seventh in his class at the Field Artillery Basic Officer Leader Course at Fort Sill, Oklahoma. He currently serves as the Battalion Fire Direction Officer of the 1-117th Field Artillery Battalion "First To Fire" at the rank of First Lieutenant.

Mr. Ellis is in his third year at Samson. In that time, the band has received Superior ratings and other awards at the Rehobeth Marching Band Festival, the Little Bighorn Marching Band Contest, and the Alabama Bandmaster's Association (ABA) Music Performance Assessment.  In the Spring of 2018, he was invited to attend the Conn-Selmer VIP program - an invitation-only event and membership by the United States' top musical instrument manufacturer for established and up-and-coming music educators. Finally, in Spring of 2019, the Samson Concert Band recorded its first Overall Superior (1) rating at the ABA Music Performance Assessment since 1999.

Mr. Ellis and his wife, Ashley, currently reside in Enterprise with their 6-month-old daughter, Lily, and their rescue-pup, Penny.